Everything you need to know about redness – from causes to treatments Emma is a freelance beauty journalist with over six years’ industry experience working for some of the UK’s top women’s titles (including Stylist, Grazia, Woman & Home and Glamour). A self-confessed skincare aficionado, Emma is all about hard-working, no-nonsense products that really deliver on results. 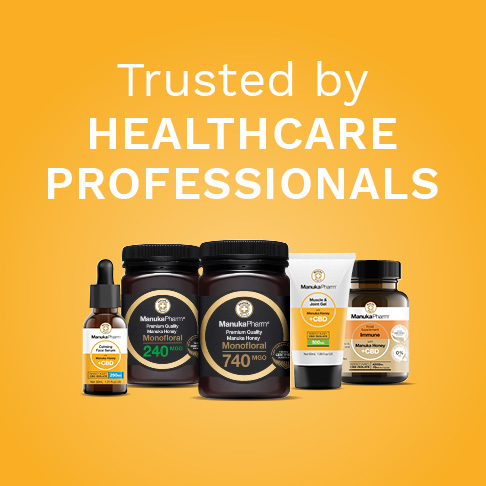 Glowing skin may well be my goal, but occasionally, redness is the reality. Like many others, I have experienced a degree of redness and skin sensitivity over the years. A glass of wine, sun exposure, spicy food or over-exfoliation are all common triggers that can lead to an angry flare-up. While occasional redness needn’t warrant too much concern (albeit being annoying), persistent redness can be an indication of an underlying inflammatory skin condition (like rosacea, dermatitis or eczema).

In order to effectively treat and reduce redness, it’s important to identify the cause – which may require the help of a dermatologist.

• Redness from rosacea: Rosacea affects around 1 in 10 people in the UK1 and can vary in appearance from ‘flat’ flushing to redness with pimples. It is defined as a chronic inflammatory skin condition and, while the cause is unknown, common triggers include heat, stress, alcohol and caffeine.
• Eczema-related redness: Eczema (or atopic dermatitis) is a common itchy skin condition that also affects 1 in 10 adults in the UK2. Several environmental factors can lead to a flare-up including allergies, cold weather and household irritants.
• Redness from contact dermatitis: Contact dermatitis (which is often confused with eczema) is a red rash caused by direct contact with something that’s triggered an allergic reaction. Well-known irritants include fragrances, soaps and dyes.
• Redness from over exfoliation: I, for one, am guilty of over exfoliating. Too many acids and peel products have previously sent my skin into overdrive, resulting in increased sensitivity and redness. Harsh exfoliators, if used in excess, can damage the skin’s barrier, resulting in inflammation.
• Acne-related redness: Where pores become clogged with bacteria, inflammation occurs, resulting in redness and pimples or bumps on the skin. Picking spots can make redness worse and leave you with a dark mark (aka post inflammatory pigmentation).

• Rosacea: While there’s no wonder cure for rosacea, there are steps you can take to help. Prescribed medications like Rhofade narrow the blood vessels in the face, reducing redness. Laser treatments are also effective - according to the American Academy of Dermatology Association3, patients see a 50-75% reduction in visible blood vessels after 1-3 treatments.
• Eczema: Prescribed topical steroids can help bring down redness and inflammation. Moisturisers can also help soothe skin – seek hydrating fragrance-free formulations laced with hyaluronic acid, ceramides and glycerine.
• Contact dermatitis: The key here is to avoid contact with irritants. Steer clear from anything that’s heavily fragranced and opt for hypoallergenic products instead.
• Over exfoliation: Cast aside harsh exfoliants in favour of moisturising products that promise to reinforce the skin’s barrier function. Try Manuka Pharm Calming Gel Cleanser, £15, loaded with anti-inflammatory CBD isolate as well as soothing Manuka honey to gently wash off the day for clean, soft skin. It’s fragrance-free and has a lightweight milk texture.
• Acne: To help reduce acne-related redness, add blemish-busting ingredients to your skincare regime, pronto. The sooner you act, the quicker the redness will fade. Manuka Pharm Targeted Blemish Treatment, £15, can be dabbed directly onto blemishes to reduce inflammation and redness with tea tree oil, CBD isolate, manuka honey and violet willow bark (nature’s alternative to salicylic acid).


To prevent redness from occurring in the first place, stick to gentle skincare products like Manuka Pharm’s range that’s fragrance-free and packed with skin-soothing ingredients. Try to identify what triggers a flare-up so you can avoid these triggers in future and if the redness is persisting, speak to a dermatologist for advice.
Shop featured products

More info
Article References
Catch up on the latest news